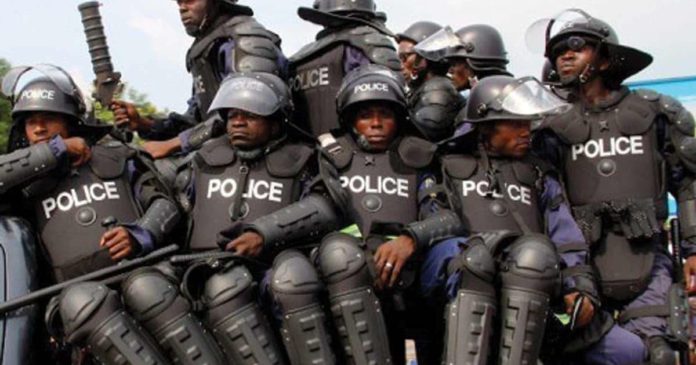 Western Region Police Commander, DCOP Vincent Redeemer Dedjoe has said his outfit has deployed five hundred police personnel to beef up security in all parts of the Western Region.  The operation dubbed “Operation father Christmas” is aimed at tackling crime before, during and after the upcoming festive season. One hundred and fifty of these men will be stationed in Sekondi Takoradi, where high volume human traffic Christmas activities are recorded during the season.

“We have five hundred men on the ground for the season; in Sekondi-Takoradi alone, there are one hundred and fifty of them. In Sekondi-Takoradi, the celebration has a different phenomenon with different activities. This is not going to be only in Sekondi-Takoradi. We have Tarkwa, Nsuem, Bogoso, Asankragwa etc. In all of these arears, we are going to put men on the roads as we are doing here. This is a process, that has to be followed diligently, and I trust my men to perform their duties professionally”, he noted.

DCOP Vincent Redeemer Dedjoe denied reports suggesting security in the Sekondi-Takoradi Metropolis and its environs under his leadership has been compromised. He described the current security situation in the metropolis as one hundred percent.

“I don’t agree with those who say security has been compromised in Takoradi. It is not true because the provision of security is not the sole responsibility of the police, it is a shared responsibility. What are the members of the public doing to augment what we are doing so far? Look at what we have put on the ground to protect residents”, he indicated

Operation Father Christmas has over the years been the code name for the activities of the Ghana Police Service to fight crime during the Christmas season.

3 Tips to Make Balancing Work and Family Easier for Busy...

Dompoase Accident: Deal with the hazards on our roads – DVLA...

5 THINGS TO TELL YOURSELF WHEN FEELING DOWN