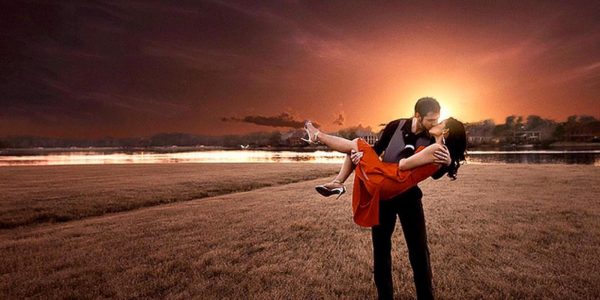 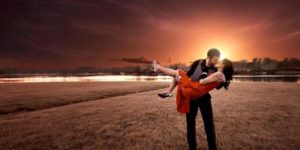 Emergency! Danger! Turn on the sirens and start to panic!

Your instincts are probably telling you to love him, squeeze him, hold him and kiss him a million times so that he stays and loves you again.

It makes sense…unfortunately, it’s the wrong approach. Worse yet, if you freak out and start to baby him or smother him with love, it’s only going to push him farther away and much faster at that.

The secret to keeping a man is to keep him chasing you. Not to freak out and try a strategy that’s exactly opposite of what he wants.

If you sense that he’s not chasing you, not trying to impress you, and just seems bored or resentful of the relationship, then it’s time to take a step back. He needs his independence right now and you need to give it to him.

But just in case you’re feeling afraid—because he might cheat on you or leave you for another woman—there’s something you need to know.

He won’t leave you…if you make him worry about losing you first.

Here are five ways to remind him of how much value you have, and how much he really likes you. As always, this is wearing the feminine attitude that says “You chase me.”

1. Get busy and make him work to get your attention.

Don’t be there for him if and when he’s ready. Do the opposite and get busy with your own life. Give him his independence as he requested but get busier with yours. Make yourself unavailable by planning full days of activity. Letting him know that he can’t reach you whenever he feels like it, is the best way to reassert your value. He had to work hard to first get your attention. Now he has to work hard once again to keep your attention.

2. Stop reassuring him that you’re waiting for him… be elusive.

In the beginning, you were probably very elusive when it came to making plans or admitting your attraction to him. So now it’s time to get back some of that flirty, spontaneous fun. STOP sharing your schedule with him and STOP telling him your plans, as if you’re still in a relationship.

This is the cost of independence, after all. Him being entitled to his privacy and you to your privacy. In fact, the less you say, the better. Because if he senses you’re keeping something from him or that you’re interested in more exciting opportunities, THAT’S when the fear of losing you really kicks in.

3. Invest more in self-improvement and make him crazy.

If he’s moved out or is “slowing things down” between you, now is the best time to start working on self-improvement. Start working out away from him. Start taking vacations without him. Start a new hobby or reach out for a promotion and don’t share your victory with him. Doing things to better yourself makes him want you more…but excluding him from your life coyly lets him know that it may be too late to get you back. The more successful you appear to be without him, the more he realizes he might have made a big mistake.

4. Tickle his jealousy bone and remind him how attractive you are.

Provoking jealousy is practically biological, especially if he still loves you. Simply talking about how attractive or witty another man is will make him see green. The more he seems to ignore you, the more you should research all these other romantic opportunities.

Some women even choose to start flirting with other guys in front of him. It’s a not too subtle reminder that if he’s so unhappy, plenty of other men will appreciate your good qualities. I personally would advise NOT to do this UNLESS he’s already flirting with other women. This really is a power play and should be used at just the right time.

The truth is you don’t even have to flirt with other men if it makes you uncomfortable. Simply listening and talking to other men, such as coworkers, friends, strangers, and friends of friends, can go a long way in getting his attention. As always, let the men work hard to impress you. He’ll think back to a time when he fought so hard to win you over…and realize it’s time to do that again.

5. Stop giving him the things he used to love. Stop showing him you care, even if you still do.

Women who continue to give a disinterested man everything he wants are sending a strong message: please don’t leave. I can’t live without you.

Maybe that sounds romantic and epic, but it’s actually the opposite of what he needs to get from you right now. You need to show him that you don’t care or that you care LESS now that he’s undecided about this relationship.

Stop doing the things he depends on you to do, or that he likes. Stop giving him all this attention if he’s made it clear to you he’s unhappy with the way things are. Sure, you still care about him…but stop showing that you care, by remaining so fawning and adoring and apologetic.

This is about giving him what he wants. Space. Independence. The glimpse of a life he could have without you in it.

This is what should scare him into fighting for you because he is starting to sense that your heart is leaving him. And yes, this is precisely what happens when a woman does stop loving a man. She stops doing things he loves and they stop communicating so deeply. This will continue until he decides to chase you again, until his heart is in it again.

I know, this seems like a risky play. The last thing you want is this strategy to backfire and send him packing.

But I promise you that if you keep nurturing him, fawning over him and begging him to love you again it will not work. This will only make him want more independence and less attention from you.

Now I do advise you to take it slow and not do anything too drastic too soon—you know like dating someone else or being cold or cruel. But I do still advise you to be strong and be willing to step back.

No, you don’t have to walk away first. But stepping back just a little bit is the right call. And remember, this is all his doing. This is what he wants. Give him what he wants and then let him work for your favor again like he wants. This is the only way to deal with a man who’s having serious doubts.

How CAS Ruling on The Phar Rangers Will Affect Zone 3

For The Children’s Sake, Put Down That Smartphone

Bad Body Odor: What It Says About Your Health

4 ways to keep her happy

Including Women On Your Board Of Directors Creates A Mix Of...