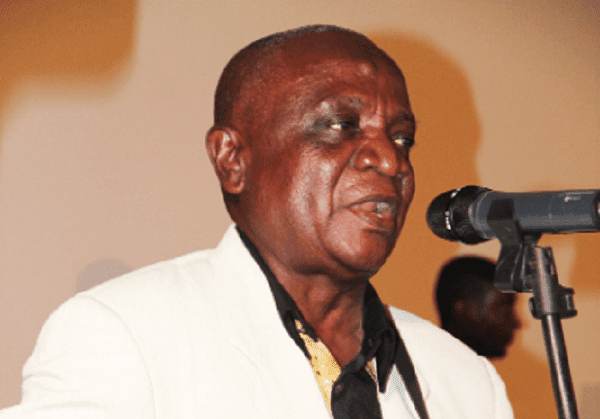 On Saturday, October 8, the deceased Nana Kwame Ampadu’s mortal remains would be transported to his birthplace of Obo Kwahu for funeral ceremonies.

On Thursday, October 6, a Night Vigil will be held at the State House’s Forecourt to start the last funeral ceremonies.

On Friday, October 7, he will be laid to state at the state house.

However, the funeral service and burial will both take place in the Obo Community Centre in the Eastern area.

On Sunday, October 9, a memorial and thanksgiving service will be held at the Obo Community Center in Obo Kwahu.

After a brief illness, Nana Ampadu, also known as Nnwomtofohene, passed away on Tuesday, September 28, 2021, in the Legon Hospital in Accra. Age-wise, he was 76.

Madam Joyce AB Frimpong, his wife, 24 children, and 30 grandchildren are all survivors.

Following the news of his passing, countless people, including his colleagues in Ghana and overseas, paid him countless condolences.

One of them is the illustrious Agya Koo Nimo, who praised Ampadu as having an unmatched skill and being among the last of his generation’s greats to join the ancestors.

The folklore of Ghana was preserved by Nana Ampadu through narrations in his songs like Aku Sika, Kofi Nkrabea, Ebi Te Yie, and many others that conclude with words of advice.

According to Agya Koo Nimo, “he gave Ghanaian folklore practical significance, investigated them, and integrated them into Highlife music in the form of folk story telling.

Nana Ampadu was an innovative and creative person who never added foreign rhythms to his kind of guitar-based Highlife.

The primary goal of Nana Ampadu’s creations, which were always novel and danceable rhythms, was to provide something fresh to the world.

He was at the forefront of modern urban Highlife music and one of the leading exponents of authentic Ghanaian Highlife in the 70s, 80s and the 90s.

It is not out of nothing that he came to national prominence to earn the title ‘Nnwomtofo Hene’ because for decades, he maintained a standard and produced quality Highlife music uniquely Ghanaian.