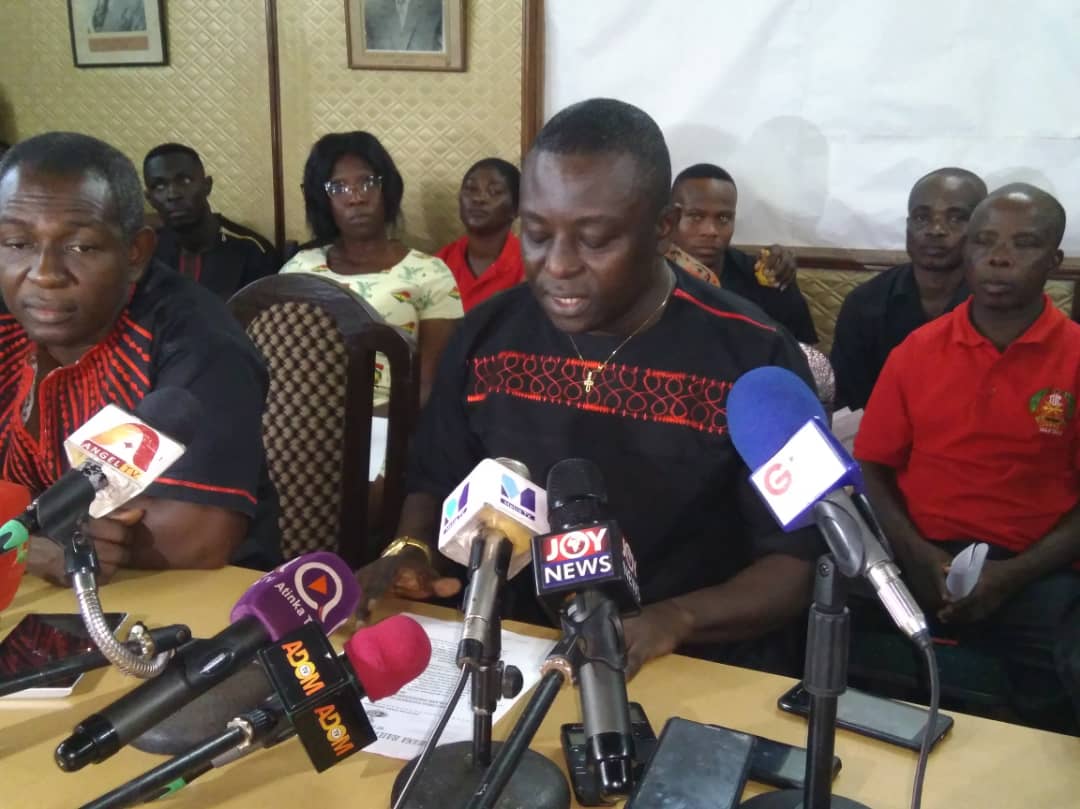 The Ghana Railway Workers Union are demanding a total revamping of the Western Rail lines, with specific interest of having the Kojokrom- Awaso stretch completed soon.

The workers Union complained that government has for the past nineteen years failed to concentrate on getting investment for the rehabilitation of that network despite it being the backbone of the GRCL. The most disturbing development in the affairs of the company is that, their major client , Ghana Manganese Company Limited have written to them communicating the discontinuity of haulage contract till December 31, 2019.

The union laments the company does not have adequate locomotive and mineral wagons to support the effective haulage of manganese to maximize their revenue. That notwithstanding, they complained that the unavailability of spare parts to maintain the locomotives currently in use and to repair additional ones is having a toll on their operations.

General Secretary for the union, Godwill Ntamah, at a press briefing this morning, cried that workers are denied their full remuneration package due to the declining operations on the existing network, and other logistical challenges.

Currently, Messers Amandi Construction Limited is working on a standard gauge line from Kojokrom to Eshiem on the Western Rail Line.

However, the union is not pleased with the project, claiming; “its a peace meal approach” to the revitalization of the rail line.

“If the railway lines were to been revamped to Awaso, we wouldn’t have bothered ourselves with this sad news from the Ghana Manganese because other commodities like bauxite and cocoa would have been hauled to sustain our company” Mr Ntamah stated.

Responding to the worries of the Union, Minister for Railway Development, Joe Ghartey stated  that government is much particular about revamping the Western Rail line. He disclosed that some due diligence and technical assessment is being undertaken to better inform the award of contract for the project.

He continued that government within its plan to develop the aluminium industry, integrated the Western Rail line project as a key infrastructure. He noted that visibility studies taken on the project by the respective agencies have prioritized the Western Rail line, adding “they [Ghana Integrated Aluminium Development Corporation] are saying that without gas and railway, the project is not financially viable”

“The fact is that we have to do the railway. And they have given us a deadline of 2023 and we will work towards that deadline” he assured.