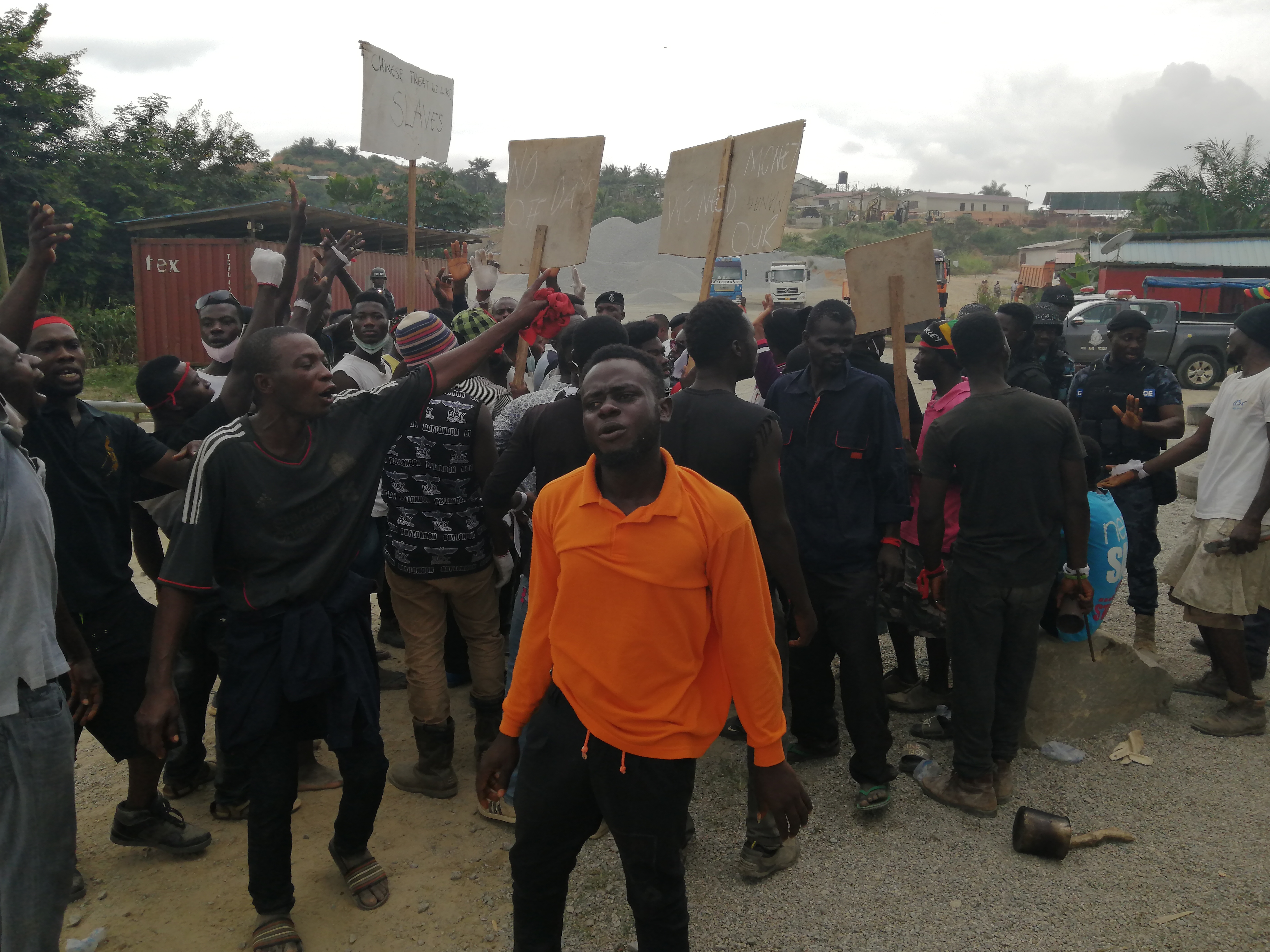 40 workers of Coastal Quarry laid off

Over 40 workers of Coastal Quarry Limited, have been laid off. The workers including truck drivers, machinery operators and labourers received a verbal notification of their terminated contract last Saturday from management.

The disgruntled workers embarked on a peaceful protest this morning at the company’s premises to demand from management their due as dictated by the country’s labour laws.

The company according to the workers, have been hit by some serious mechanical breakdown and financial crisis, a situation which had accounted for the lay off.

Prince Eshun, spokesperson for the group said the company’s justification to their dismissal is untenable.

He mentioned that management had refused to negotiate their redundancy package with them.

Mr Eshun disclosed that their union representatives have been informed and that some favourable response is expected soon.

Some armed police men were quickly mobilised by the company to restrain the workers from causing any damage at the premises.