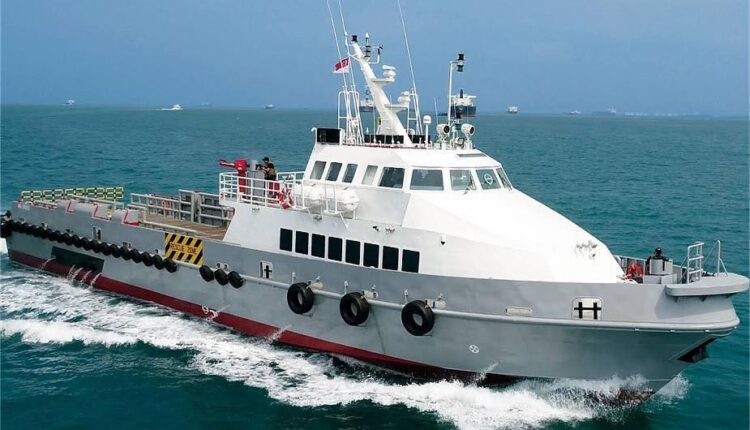 The Ghana Navy has taken delivery of Four new fighter vessels acquired to enhance its capacity to protect the country’s maritime domain, including offshore oil and gas installations.

The vessels, which will be manned by Naval captains with international ratings, are equipped with the needed logistics to protect national installations and also deter and make Ghana’s adjoining coast safer.

Ghana Navy Ships (GNSs) Volta, Densu, Pra and Ankobra, which arrived on board a merchant’s vessel, MV BBC Nile in the early hours of last Saturday are currently at the quayside of Takoradi port.

The purpose of the acquisition of the flex-fighter boats is to boost efforts to make Ghana’s maritime space safer, unattractive to pirates and other illegal activities.

It also forms part of the government’s agenda to equip the Ghana navy to provide security for offshore installations and other national assets.

The lack of such a fleet had compelled oil companies to hire private boats to provide security for their offshore oil and gas installations.

Daily Graphic’s sources at the Ministry of Defence, in an interview, said henceforth, only Ghana navy ships would be allowed to protect offshore oil and gas activities in the country.

The ministry said the acquisition of the new vessels will make the practice a thing of the past.

Daily Graphic reports that when it visited the Port of Takoradi, the four vessels were still fastened to the ship deck.

After the offload, the vessels will be ushered into the Home Port of the Western Naval Command, where the President of the Republic,