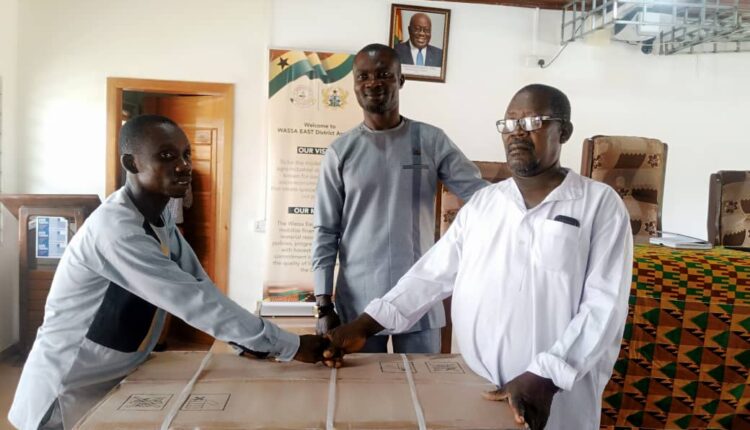 A total number of 36 Persons With Disabilities (PWD) in the Wassa East District on Monday, November 28, 2022, received various working tools and cash to empower their lives and create jobs for them.

Hon Emmanuel Boakye, the District Chief Executive for the area said, every quarter subject to funds released, more beneficiaries would be supported to enhance the quality of lives. He said, those who receive cash should not use it as “chop money” but rather for the purpose for which it was given.

Hon Emmanuel Boakye said the items were not imposed on the beneficiaries but rather they themselves made the request during the needed assessment.

He said PWDs in the district should forever be grateful to the Nana Addo Danquah Akuffo Addo government for always thinking about them during the economic crises the nation is facing.

Many of the beneficiaries expressed their appreciation to the government and the District Chief Executive for the support, saying it would help improve their living conditions.