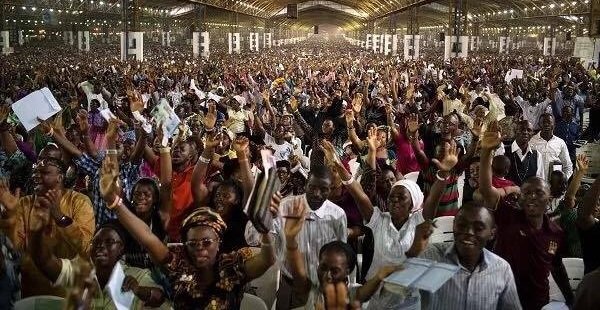 The eve of every New Year is the 31st of December.

People, the worldover celebrate this day in varied ways.

This celebration is rekindled by the joy from being alive to witness and enter the next year, however, it becomes more intense for persons from all religious and cultural backgrounds when resolutions for that past year is fulfilled.

For many Christians, “31st Night” is a remarkable moment to aim higher for the next year, and pray for grace and life in the next year.

They usually celebrate Christmas from December 24 or earlier, climax it with 31st Night activities, including all night services and continue the celebration on January 1 of the next year.

The all night service is normally characterised by prophecies, breakthrough and thanksgiving activities.

However, in Ghana, the Inspector General of Police, Dr. George Akuffo Dampare, in a statement, cautioned the public, especially religious leaders over doomed prophecies on the night, asking them to be measured in their utterances, not to injure the rights of others or public interest.

Some people observe the 31st night in the streets, at night clubs, drinking spots and pubs, with family, friends and romantic partners, while children make merry with knockouts and games among others.

But the night is mostly hailed by Christians who observe it in churches from around 21:00 hours to 4:00 hours – dawn of the next year, with prayers, singing, well wishing and New Year greetings.

Some churches mount billboards on principal streets inviting the public to their all night services, others use social and traditional media.

Despite rising cases of COVID-19 across the world, this year’s 31st Night ritual will be observed.
However, it is only prudent that nations strictly enforce the protocols, especially the facemask wearing as there may be large crowds in churches and other social gatherings.

The major concern is the shouting, jumping and movement from one place to the other when people enter the New Year in churches after 12:00 am.

In Nigeria, the celebration is not different from that of Ghana, however, in Lagos, a year-end festival known as Lagos Countdown (later renamed One Lagos Fiesta) was first held in 2012, as part of an effort to establish tourism-oriented New Year’s festivities more in line with those of other major metropolitan areas.

Rwandans mark the night with church activities, family and social gatherings and the President delivers an end-of-year address, which is broadcast live on many radio and television stations.

Fireworks were introduced in recent years, with the most significant displays happening at the Kigali Convention Centre, Rebero Hill, Mount Kigali.

In South Africa, the nationals vote on a top ten music countdown before December 31 and the song with the most votes plays on all the country’s radio stations.

They also engage in fireworks and occasional drinking and braais.

South Sudanese, during this night, attend church services, which begins at 2100 hours in Juba.

At the stroke of midnight, the famous carol, “Hark! The Herald Angels Sing” is sung to mark the end and beginning of the year with blessings and the service usually ends at 1230 hours in the morning.

In Argentina, traditional celebrations including a family dinner of traditional dishes such as vitel tonné, asado, sandwiches de miga, piononos and desserts like turrón, mantecol and pan dulce are prepared and enjoyed together.

Just before midnight, Argentines flock to the streets to enjoy fireworks and firecrackers and toast champagnes.

Brazilians, on the other hand, typically celebrate New Year’s Eve known in Portuguese as “Ano Novo” at large parties hosted by restaurants and clubs; and local traditions determine who opens a bottle of Champagne at midnight.

The most prominent public celebration in Brazil is a fireworks display on Copacabana Beach in Rio de Janeiro, which is one of the world’s largest.

The New Year’s Eve celebration in Chile witnesses the observation of traditional rituals, such as wearing yellow underwear and yellow clothing, said to restore vitality to one’s life.

Chileans who want to travel walk the streets with a suitcase in hand, others hold money in their hand or place coins at their door for good fortune in the New Year.

Families in Costa Rica within this moment, gather around 2000 hours for parties that last until 0100 hours or 0200 hours, the next day.

There are several traditions among Costa Rican families, including eating 12 grapes representing 12 wishes for the New Year, and running across the street with luggage to bring new trips and adventures in the upcoming year.

According to a TOP Market research agency survey, reported by National Today, 360 million glasses of sparkling wine are consumed each New Year’s Eve in the US and 102.1 million people travel in order to reach their New Year’s Eve destinations.