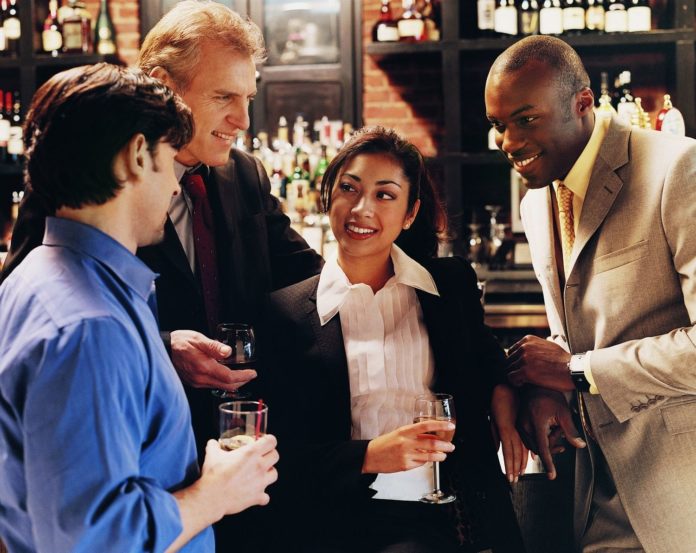 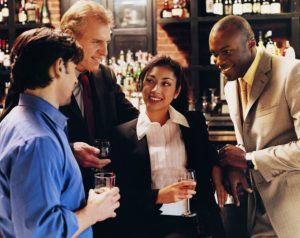 I don’t know about you guys, but I hardly ever meet guys in regular life situations. You may have noticed that most of the dating escapades I tell you about are of the online persuasion. Which is fine, and I’ll continue to try that angle, but it would be nice once in a while to just meet a guy the old-fashioned way, right? (By old-fashioned I mean like, at a bar. Not an arranged marriage or anything.)

But I never quite know how to make it happen. Although I’m a friendly person, I’m definitely on the shy side about making the first move. All you braver ladies out there who can do it, I salute you. But for those of us that are a little more reserved, how do you get the guys to come to you?

In order to figure out how to make things happen off the Internet, I spoke to expert Adam LoDolce, who gives advice to both men and women as “The Dating Confidence Coach”. His new e-book, *The Top 5 Reasons Why Quality Guys Are NOT Approaching You (and How to Change That) *) deals with the subject (and can be downloaded for free!) and he agreed to give us his best tips for how get the guys to approach.

Tip #1: Show them pearly whites. Adam’s first tip is a simple and easy one–smile at the guy you’re hoping will approach you. He say, “Men are total wusses when it comes to approaching women. If they don’t feel confident that you want them to come over, then they’ll almost never make the move.” Evidently, male clients are always asking how to be sure that a woman actually wants them to come over, and Adam advises that a smile gives them “a solid 80% chance” since “there is no 100% certainty when it comes to dating”. If you take the tiny little initiative to smile his way, it will encourage him to make a move.

Tip #2: The Crew of Two. If you’re on a mission to meet guys, stick to one wing woman. Adam says, “Guys are terrified to approach big groups of girls,” and we can understand that. Additionally, while hanging with your guy friends is fun, you might want to leave them at home for a ladies’ night once in a while. Men will avoid approaching you if you’re with a guy, since “it’s a man’s worst nightmare to approach a girl and learn that it’s her boyfriend standing right next to her.”

Tip #3: The Vibrant Vibe. According to Adam, the law of attraction is that like attracts like. By this he means if you want to attract fun and exciting guys, you’ve got to be fun and exciting yourself. He says, “if you have the stink face’ look all night and appear miserable, guess who you’ll be attracting? You guessed it, the creepers.” Ugh, we all know the ones right? The ones who are all, “I bet I could make you smile, girl.” Ew. On the other hand, if you’re enjoying yourself, you’re more likely to attract great guys. According to Adam, “women who get approached by quality guys always have the vibe that projects I’m loving my night regardless!'” On a non-guy-related note, having fun is always superior to not having fun.

Tip #4: Be easy to approach, hard to obtain. Although we’re torn on whether playing hard to get is a good thing or not—for the record, Adam says that men DO want a challenge when it comes to winning you over—it’s common sense that most men are terrified to make the move. So save the challenge for later, Adam advises: “Make it easy for them, open up your body, make eye contact and give them the clear signal that it’s cool to break the ice. One the ice is broken, now you can tease him, test him and make him work for it…just the way he likes it.”

Tip #5: The 5 Minute Rule. Adam has a simple rule that his female clients abide by: “Give ANYONE five minutes of your time.” This includes, he says, a cute guy, a random girl at bar, your coworker, the guy behind the register. Why? Because according to Adam, “You never know, maybe he’s also a rock star in disguise, maybe she has a brother who’s recently single, maybe your coworker’s roommate is a professor at Harvard. And if you don’t have five minutes to spare, then you’re spending your time in the wrong places.” Plus, you know, being nice to people and making new friends is a pretty good idea.

What is a relationship contract, and do you need one?

Craving sugar? It could be caused by lack of sleep

7 EASY WAYS TO CUT DOWN ON SUGAR

How to Make Up With Your Girlfriend After a Break Up