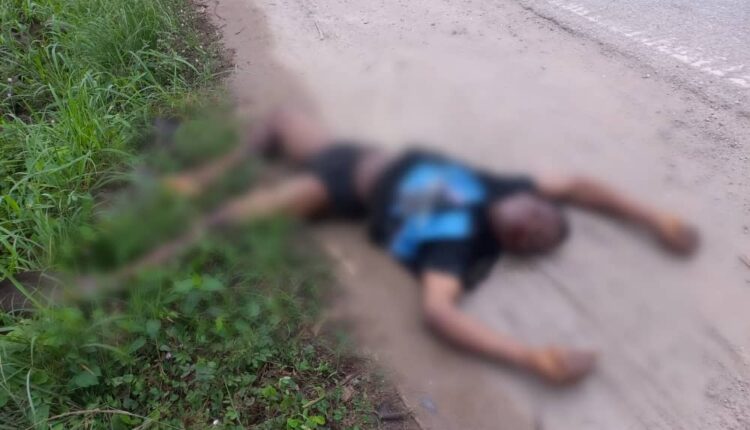 The body of a dead man has been discovered by the roadside in Shama, in the Shama District of the Western Region on Thursday morning, September 22.

The deceased who is suspected to have been beaten to death was identified as Kobina Ebo and is reported to be 21 years.

According to reports, the deceased from Beposo-Dunkwa visited his friend at Aboso in Shama and both decided to go and allegedly siphon diesel fuel from a tanker vehicle.

It was further reported that they were allegedly caught in the act by some unknown men who attacked and beat him to death.

The issue has since been reported to the Shama Police and investigation are being carried out.