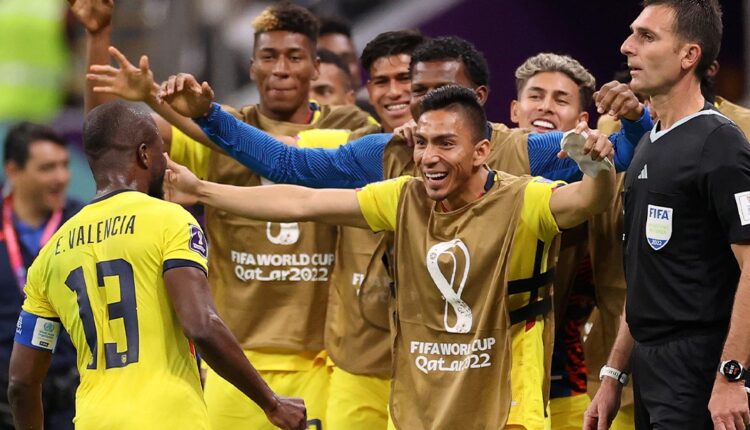 Ecuador’s forward Enner Valencia made history as the first player to grab a brace in match-day one of the ongoing FIFA World Cup in Doha, Qatar.

Valencia scored first via the spot before adding his second with a spectacular shot.

The two goals in the first half gave Ecuador a perfect start after beating host nation Qatar by two unanswered goals.

This is the first time a host nation lost its opening fixture in the World Cup.

In front of a 60,000-packed stadium in Al Khor, Qatar, was stunned after a dominating display from the visitors.

Valencia almost drew first blood in the third minute, with a clinical header to set the fastest goal in the tourney, but it was disallowed after a Video Assistant Referee (VAR) check ruled it as offside.

The Fenerbahce S.K player quickly made amends and netted the opening goal for the South American nation in the 16th minute.

Ecuador was awarded a penalty kick after Valencia was fouled by Qatar goalie Saad Alsheep calmly delivered a master-class kick to give his side the advantage.

Valencia becomes the leading goal-scorer for Ecuador at the FIFA World Cup with four goals to surpass Agustin Delgado’s three.

The 33-year-old doubled his goal-tally before the end of the first half. He completed his brace in the 31st minute of the game to give Ecuador an emphatic win.

Ecuador would take on the Netherlands, whilst Qatar plays Senegal in the second Group A fixtures on Friday.