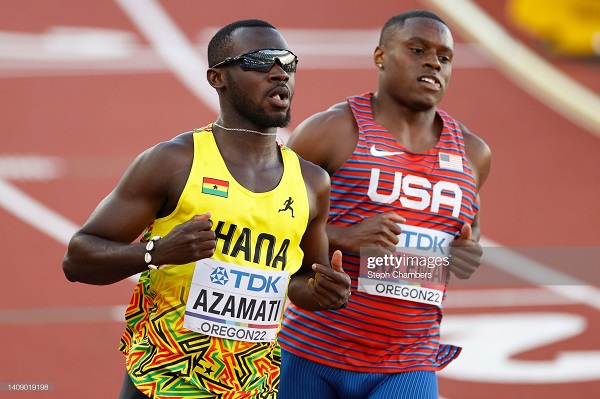 Ghana’s Benjamin Azamati and Sean Saffo-Antoui have advanced to the 100m semi-finals.

Despite an unsteady start, Azamati took first place in 10.19 seconds to advance to the 100m semi-finals.

Sean Sarfo-Antoui also ran 10.33 in heat 10 to advance to the semi-finals.

Sarfo-Antwi crossed the line behind Jerod Elcock, Emanuel Archibald and Stephan Charles but still managed to advance to the next round.

The semi-finals are scheduled for today, Wednesday 3 August.