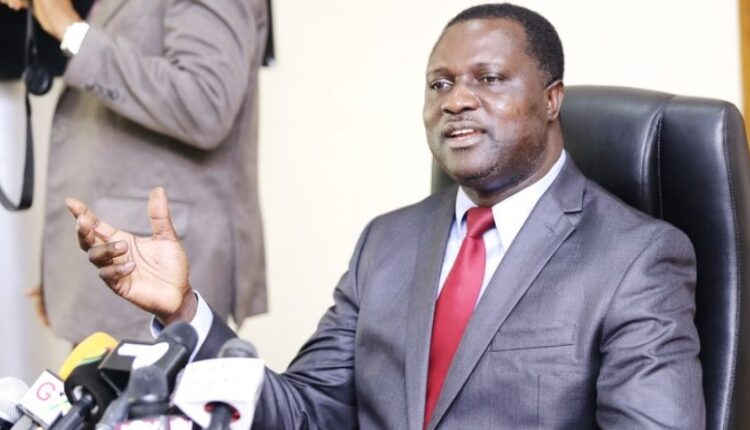 2022 Budget is a game-changer for education – Dr Adutwum

Dr Yaw Osei Adutwum, Minister of Education, has described the 2022 budget as a game-changer for the transformation of the nation’s education sector.

He explained that a successful implementation of the fiscal policy to the nation would lead to a swift transformation of the nation’s economy through education since it could lead to the training of the right human capital needed for the 4th industrial revolution in the country.

Dr Adutwum announced this when on a Kumasi local radio.

Dr Adutwum was in the Ashanti region on a two-day tour where he engaged various radio stations to explain the education bit of the recently announced fiscal policy for the nation.

He commended President Nana Addo Dankwa Akufo-Addo for the massive support to the education sector to turn things around for the good of the nation.

Dr Adutwum who is a Member of Parliament for Bosomtwe, spoke about the provisions in the budget for the construction of 35 Science, Technical, Engineering and Mathematics (STEM) SHSs across the country which would bring about a sharp increase in the teaching and learning of various science-based courses in the country.

He mentioned for instance that 11 out of 35 STEM SHSs which were at the various completion stages would be operationalized next academic year, saying their operationalization will impact positively on the development of the country through education as it will train personnel for industries across the country.

Apart from the model JHS, he also mentioned the provisions in the budget for the retooling of all science laboratories in SHS across the country, upgrading and enhancement of Technical and Vocational institutions.

Dr Adutwum lamented the low number of students pursuing sciences at both the senior high and the tertiary education levels since that affected the manpower needs for the sector which held the key to the swift development of every country.

The Education Minister again mentioned that the 2022 budget also made provision for the commencement of the construction of six new STEM-related Universities in all the six new regions across the country.

This, according to him, would ensure that all regions in the country have been provided with at least a University to ensure a balance in the provision of education for all across the country.

Dr Adutwum hinted at plans to recruit more teachers for the teaching of STEM subjects across the country next year for effective teaching, development and implementation of the STEM initiative.

“We cannot be left out of the 4th industrial revolution, it is time for us to be part of the global development drive for industrial growth and national development”. He said.