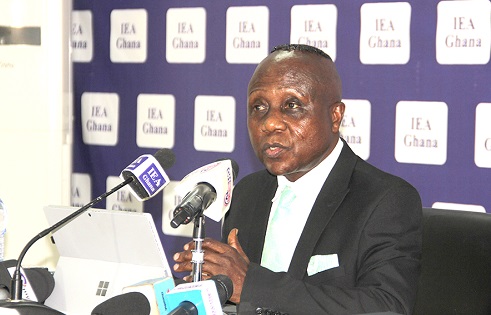 Dr John K. Kwakye, the Director of Research, Institute of Economic Affairs (IEA) Ghana, a public policy think-tank, has urged the Government to fully implement proposed measures to control expenditure in the 2022 budget.

He said inefficiencies in government expenditure emanated from extreme rigidity and lack of balance and stressed that “Unless we address lapses in expenditure in addition to revenue leakages, fiscal consolidation and long-term fiscal and debt sustainability will remain elusive.”

Dr Kwakye said this on Tuesday in Accra at a press briefing on the 2022 budget statement presented by the Finance Minister, Mr Ken Ofori-Atta, on November 17, 2021.

Dr Kwakye noted that the figures were disproportionately huge and reflected the high debt level of GHc 341.8 billion as of September 2021, calling for the need to restrain borrowing, which in turn called for curtailment of spending and the budget deficit.

The government in the 2022 budget, announced that a revised tax exemptions bill had been placed before Parliament and was expected to be passed in 2022.

Dr Kwakye welcomed the move and stated that the bill was expected to retain exemptions for investors needed for critical investments, while eliminating exemptions provided on political or protocol grounds, which were subject to abuse.

Government in the budget, recognised the importance of revenue compliance and enforcement and indicated the intention of the Ghana Revenue Authority to continue with its compliance measures to expand coverage and block revenue leakages.

He commended the Government for focusing on property rates as revenue resources for the Metropolitan, Municipal and Districts Assemblies for the provision of infrastructure and other needs of their localities.