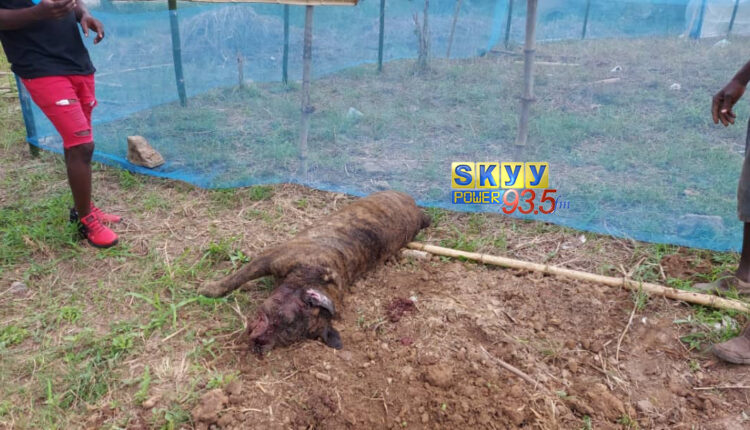 Information reaching Skyy Power 93.5FM is that two men have been sighted burying a bulldog at the compound of Rev Dr Osam Pinanko Junior High School in Kweikuma, a suburb of Sekondi-Takoradi Metropolis.

An eye witness speaking to Skyy Power FM indicated that she was on her way going to pray at the school when she saw two men come out of a private vehicle and dump something in a pit.

This made her suspicious due to the recent news of killings in the country making her direct her driver to throw his headlight in the direction of the suspicious activity.

She said, “When he threw the light in the direction, It was a private vehicle with registration number GE 1204-19, I saw them take something out of the car but could not identify it because it was covered which they dumped in the pit. They then brought out a shovel to cover it”

“I wanted to confront them but I was scared so I told the driver to take me to the police station in Adiembra to lodge a complaint. There was only one policeman at the station so we left and on our way met a patrol team who joined us to the scene.”

According to her, the police started to dig and found out it was a bulldog which they alleged might be a ritual.

“It was about 8:30 pm in the night so I left for the house which the police called me the next day after meeting the assemblyman and the chiefs in the area who performed a ritual to cleanse the land from any curse or death,” she added.