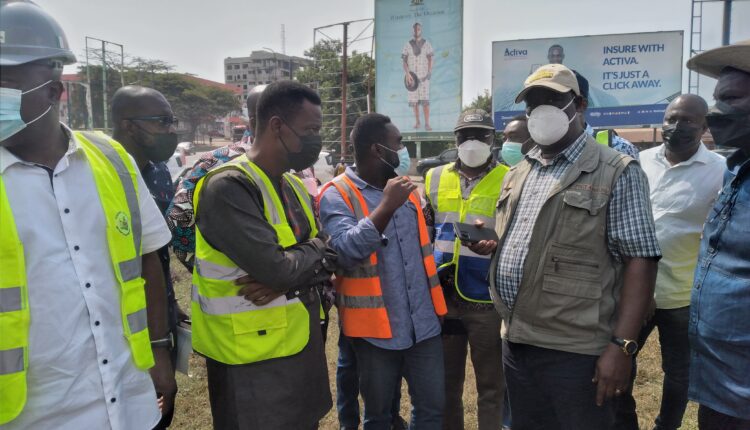 2 interchanges will be constructed in Sekondi-Takoradi – Roads Minister

The Roads and Highways Minister, Mr Kwasi Amoako-Attah was on tour in some parts of the Western Region on Wednesday, January 12, to inspect ongoing road projects and upcoming ones.

The Regional Minister stated that 80 road contracts have been awarded to contractors for the construction of more than 1,350km roads in the Western Region and stressed that complaints of poor roads network would soon be a thing of the past should all the roads awarded on the contract be completed.

The Roads Minister during his tour in Sekondi-Takoradi told the media that he is impressed with the progress of the PTC Interchange and indicated that this is not the only interchange that will be constructed in the city but the same project will commence at the Paa Grant Roundabout when the former is done.

He indicated the PTC Interchange is Phase 1 of the project and phase 2 will be the Paa Grant Roundabout.

However, he wanted the two projects to commence at once and be constructed simultaneously but due to the intensity of traffic, they thought it wise to deal with one before the other.

Further, Mr Amoako-Attah noted that it is a 24 months project and since it began somewhere in the middle of 2021, it will be completed in 2023 to ease traffic flow considerably for the good people of Sekondi-Takoradi.

The Minister said that the NPP government had done well in improving the roads network in the Region and assured the people of the Region to exercise restraints.

He assured the region that, though some road projects are not included in the 80 contracts that have been awarded to contractors, he is considering several requests concerning new roads which will be included in the next budget and worked on.