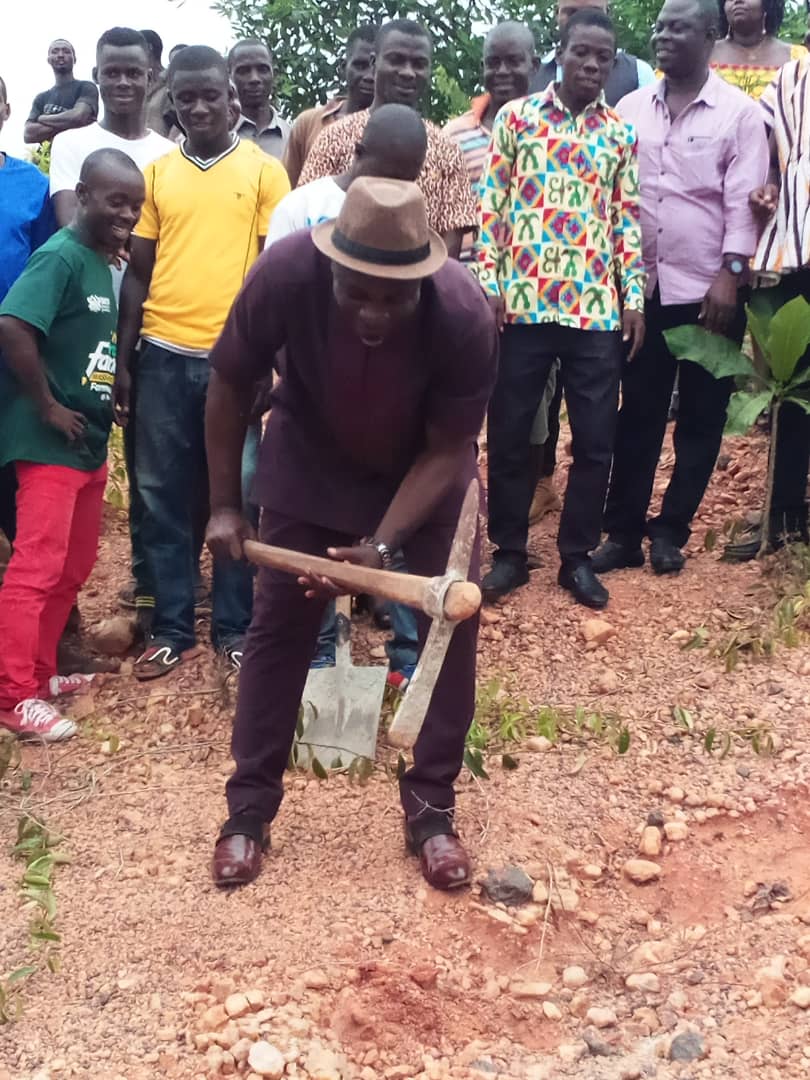 Natural Rubber Business (NARUBIZ) is ready to set up a rubber factory at Dompim in the Wassa East district of the Western Region. The project, which forms part of the government’s flagship programme; One District, One factory, is being implemented by NARUBIZ with support from the Wassa East District Assembly. Sod was officially cut yesterday for the commencement of the project.

The construction of the factory is expected to commence in earnest and be completed within a period of four months, with an estimated amount of 2.3 million US dollars. Dompim is a known rubber plantation community with most of the residents owning large acres of rubber farms.

Chairman of NARUBIZ, Captain James Owusu Koranteng indicated that the project, when completed, will ensure raw rubber is processed right in the community for the international market. This, according to him, will provide hundreds of direct and indirect employment to residents in the community and its environs.

“People within this area are mainly farmers, and they are known for rubber plantation, and the closest and only factory to process rubber, is GREL which is way in the Ahanta West area around Apimanin. So we have also decided to look at the Wassa East area so that we can also assist the farmers here and lower the traveling cost for them. The project is also under the one district one factory initiative of the government. We opted to be under the one district one factory so we can gain some other supports from the government. Now that we have cut the sod, we are beginning work today and within four months from today, the factory will be ready,” Captain James Owusu Koranteng indicated.

District Chief Executive, Mr. Wilson Arthur on his part indicated that the establishment of the company will serve as a ready market for the numerous rubber farmers in the district.

“Rubber is the most popular product produced in Wassa East and we intend to support our rubber farmers to grow more and participate in this industry. We already have an impressive number of rubber farmers and that is why the company chose here. I’m excited about this opportunity because we already have an oil palm processing factory, and now rubber factory, and we are going into quarry as well. So Wassa East, we are blessed because we are going to have three factories within one term on NPP. Most of the people who will work in the factory will also come from here. Mr. Wilson Arthur noted.

Impact of COVID-19 ON Ghana’s Agriculture in the Eyes of a...