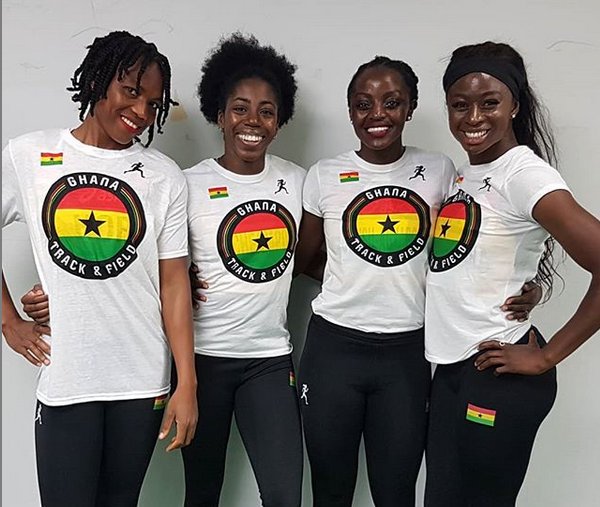 Ghana’s main threat will be from Jamaica and Great Britain. Jamaica, bookmakers favorites, will hope the irrepressible Shirley-Ann Fraser-Pryce who won the 100 meter event with a time of 10.71 seconds and 2016 double Olympic champion Elaine Thompson will produce another fine performance to qualify in style.

Great Britain, silver medalists in 2017, have Dina Asher Smith who doubles as the World 100 meter silver and 200 meter gold medalist, leading their quartet.

Presently, Ghana’s season’s best time of 44.12 seconds ranks 8th in the world this year and will have to improve significantly in the heats.

The top three places in each heat win an automatic slot to advance to the final where they will be joined by the next 2 fastest runners for Saturday’s showdown. So Ghana must finish among the first four places to stand any chance of progressing to Saturday’s final.