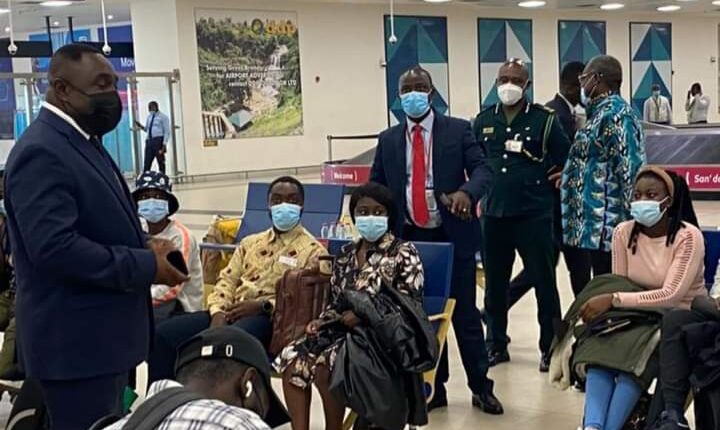 The first group of 17 Ghanaian students evacuated from Ukraine arrived on Tuesday morning, March 1, at Kotoka International Airport, in the capital, Accra.

Since these are the first batch, the Ministry of Foreign Affairs is however planning to evacuate more students from the war-stricken country.

This comes after Russian forces launched a major military assault on Ukraine, with reports of missile strikes and explosions in major cities.

This has led Ukrainians and foreigners residing in Ukraine to migrate to neighbouring countries such as Poland, Romania and Latvia.

Ukraine hosts thousands of African students and workers including a vast number of Ghanaians.

There have been reports of alleged racism as some Africans are being prevented from fleeing or being allowed into these neighbouring countries.

Video footages online by some African students studying in Ukraine showed how they were stranded at the Poland border for days while some others were denied entry into trains that were transporting Ukrainians to safety.