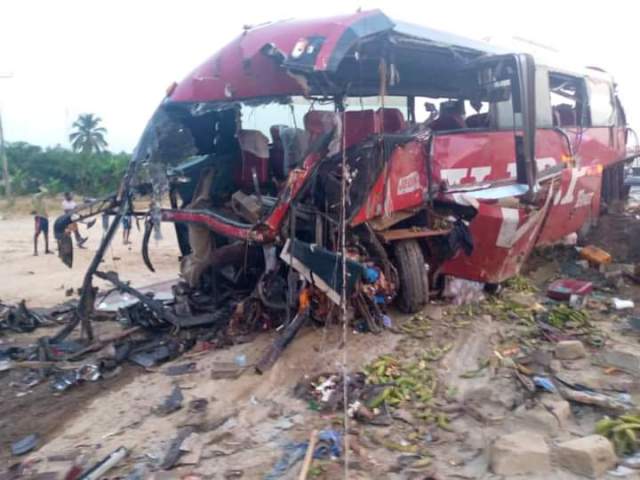 16 passengers dead after a gory accident at Akim Asafo

A gory accident at Akim Asafo on the  Accra-Kumasi highway has led to 16 passengers perishing.

The gory accident which occurred on Friday, 26th February at about 1:30 am saw the 16 passengers passing away and several others injured who were rushed to the Suhum Government Hospital for medical attention.

The police in an interview revealed that, Driver of the Kia Grandbird bus heading toward Kumasi attempted to overtake leading to head-on with another Grandbird bus which was coming from Kumasi.

They also said, the bodies were sent to the Suhum Government Hospital mortuary for preservation, identification and autopsy.