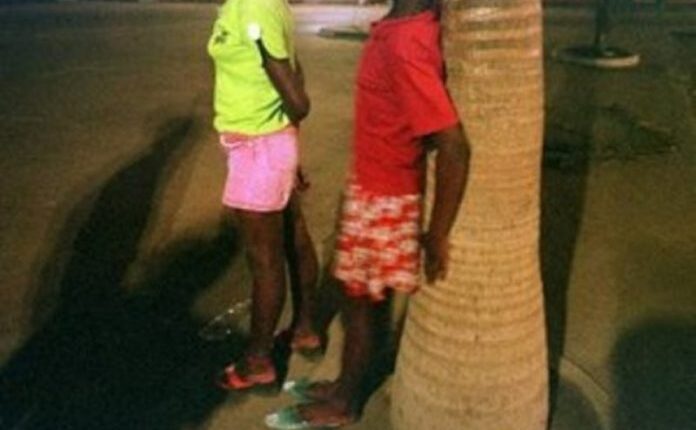 10-year-olds involved in prostitution in Sekondi

Information reaching Skyy Power 93.5Fm is that, girls between the ages of 10-15 years old are now involved in prostitution in Sekondi, in the Western Region of Ghana according to residents in the community.

Young girls as old as 10 years are now involved in commercial sex work at the Sekondi Railway Station. This act according to some residents in the railway area is not acceptable and something needs to be done to curb the issue of prostitution in the community. They also made it known the act is gaining a firm foundation in the community and most of the girls in the community are participating because they find it lucrative.

Speaking to Skyy Power Fm’s Kojo Brace, Public Relations Officer for STMA, John Last on Friday, May 14, said it is rather unfortunate that there is such an issue happening in the Sekondi-Takoradi Metropolis. However, the the Sekondi Takoradi Metropolitan Assembly (STMA) is aware about the issue and is taking steps to ensure these young girls desist from the act as well as banishing them from the town.

He further indicated that, due to the relocation of the Market Circle traders, they have not given much attention to the situation but after they are done, the railway station where the girls are located will be demolished and used for a market. He later revealed that, they have information on another group of young girls who are involved in commercial sex work at Takoradi Kokompe area and other places in the Metropolis. He made it known all these areas will be cleared out when they embark on their operations.

He said, “These areas have been mapped out and is part of the exercise we are going to do. The exercise involves sending security personnel to theses areas, arresting the offenders and making sure we destroy their structures there”